We Get Rid Of Mice, Rodents & Critters Fast!

As autumn brings out all the glorious colors hiding behind summer’s greenery, insects, spiders, and small furry adversaries start their preparations for the frosty dangers lying ahead. While we’re outdoors taking advantage of the less stifling temperatures, all those pests are making plans to take over our homes. For them, survival of the fittest means fitting themselves through any gaps they can find to survive winter, alongside humanity. Though plenty of invaders here in Utah share in these aspirations, some of the most disreputable fall into the rodent category.

A couple distinct mouse species plague this area of the nation with the most common being your average House Mouse. Rivaling humans in population, these mice range from light brown to dark gray or black in color with adults being seven and a half to eight inches from one tip to the other. Quite the contortionists, they can work their way into the flattest or narrowest of openings.

Should an expecting mommy House Mouse slip through the cracks of your home, she’s likely to bring six tiny newcomers into the world within three weeks. Just over a month later, those little fellows are grown and ready to start new families of their own. They’re also capable of calling to others nearby without us hearing. One, or a family of them, could invite guests into your home while you’re trying to get rid of the ones already there.

Deer Mice are also known for their tendencies to come inside when cold weather threatens. They’re similar in size and appearance to their previously-mentioned cousins with light reddish-brown backs and white bellies. They have fewer little ones than their counterparts but grow up just as quickly, leaving you plagued with five or so more adults in less than two months.

Both these little intruders are fairly harmless to people and pets as long as they’re living where they should. Once they’re in human territory, though, they can leave behind a trail of contamination. Anything both you and the mice come in contact with in your home increases your risk of exposure. They’re proven carriers of

All these conditions can be spread through contaminated food and water, inhaling particles from droppings, and bites from fleas feeding on both you and infected mice. Intruders carrying these viruses and bacteria place your family in danger. They also bring along dangerous threats like tick and flea epidemics. 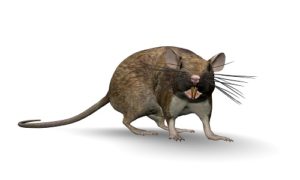 Though mice are significant problems on their own, three common rat species also call Utah home: Roof, Cotton, and Norway Rats. Quite a bit more massive than their diminutive cousins, each of these intruders can grow to be more than a foot long. Meeting up with one of these critters on a middle-of-the-night trip down the hallway might be enough to elicit a mild heart attack, but they are perfectly capable of introducing illnesses as well.

In addition to the health hazards listed for mice, rats carry Murine Typhus, which can be transmitted courtesy of their byproducts as well as the fleas they play host to and bring into your home. Symptoms of this illness include pain in muscles and joints, persistent cough, rash, nausea, and a fever as high as 106 degrees. To make matters worse, they are not opposed to munching on smaller rodents and won’t hesitate to bring the carcasses of those meals into your house to feed their continuously multiplying families. 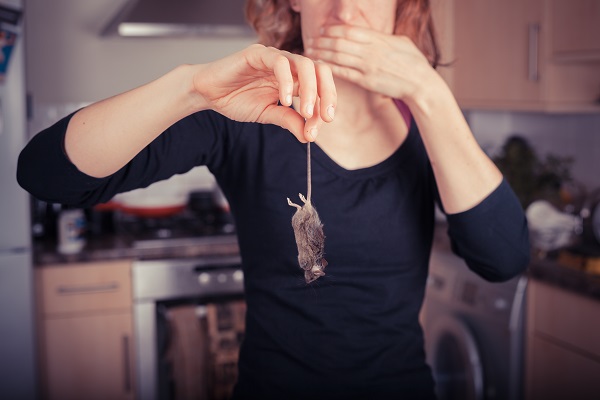 If your home is taken over by mice or rats, contamination is only one of your concerns. Rodents are resourceful. They will borrow bits and pieces from your personal possessions to build their nests and eat their way through walls and wiring to clear pathways for their daily adventures. When they cannot find adequate food outside, your pantry becomes their personal smorgasbord. From home repairs and rebuilding your families food reserves to replacing clothing, bedding, and other belongings, the cost of an infestation could really add up.

Let Beeline Pest Control help you reclaim your living quarters or put proactive measures in place to keep rodents from invading in the first place. Call us today to set up an appointment (801) 204-9134.